Poaching for the commercial trade in ivory, increasing loss and fragmentation of natural habitats, conflict with people over diminishing resources and a multitude of human practices threaten the survival and well-being of wild elephants, every day. Fueled by poverty, greed and ruthless or ignorant buyers, poaching peaked once more during the period between 2008 to 2015. The killing of elephants for their tusks spiralled out of control, accounting for as many as 30,000 to 40,000 elephant mortalities each year. This new, destructive wave was first reported in Scientific American in July 2009 (2.59 MB), but it took time before the world started to face and act on a brutal, inconvenient truth. To this figure add the thousands of calves who die as a result of their mother's deaths, and the trauma and devastation caused by the slaughter.

The wanton destruction of habitat and the killing of elephants due to conflict over limited resources adds many thousands more deaths to the overall figure. And then comes the individual elephants who are killed for sport, those who are killed in the name of management, and the commercial capture and export of wild calves for human entertainment. Both poachers and ivory hunters target older animals with heavier tusks, leaving traumatised individuals, fragmented families, and destroying the very fabric of elephant society.

Even if the annual number of poached elephants may have gone down since 2015, human-elephant conflict results in the killing, injuring, spearing, poisoning, and snaring of hundreds of elephants across Africa and Asia every month. As the scale and pace of environmental destruction in African and Asian elephant range states multiplies, intensive management of elephant populations becomes inevitable. Elephants will continue to be fenced, chased, driven, captured, translocated, abducted for sale to zoos and circuses, and killed in the name of elephant management and the reduction of human-elephant conflict. We must stop it where we can, for the future of elephants.

The root cause of the bigger conflict is not elephants, but increasing human populations and unsustainable consumption of natural resources. We must address the issue of human population growth as well as limit our individual impact on the planet's resources if we are to conserve elephants and our biodiversity in general. And we must develop and implement sensible land use practices that take account of the collective needs of people and elephants to reduce and preempt confrontations and suffering. Promoting co-existence requires understanding the needs and perspectives of both people and elephants, and willingness among us human-beings to share diminishing natural resources for the benefit of other species and ourselves. 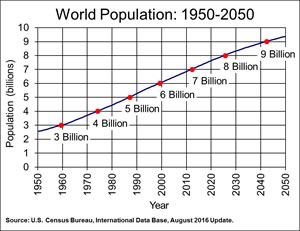