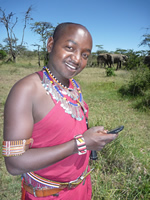 We wrapped up our work in the Mara in mid 2016, ensuring that the conclusions of Elephant Partners were incorporated into national and county level spatial and development plans. The overarching results of our project can be found in the collaborative report: Mara ecosystem connectivity: Information on elephant population status and movements for spatial planning and conservation in Narok County (A click on the link will download low resolution version of report, size 3,8 mb).

We built a fully searchable online elephant ID database for storing information, photographs and identifying features of each elephant. We called it the Mara Elephant Who's Who and populated it with photographic records contributed by many people residing in or visiting the Maasai Mara. In August 2013 National Geographic and other media covered the launch of this useful resource for our ongoing and collaborative conservation effort. We also prepared and made available online slideshows presenting how to identify African savanna elephants.

Citizen scientists uploaded their observations of elephants via the specially designed Mara EleApp Mara EleApp (for Android) to the online interface of a second database, known as the Mara Elephants Whereabouts. The app provided an efficient way for people to collect and upload observations to the the database whether on the spot, or, with lack of connection, when a network was available. The Mara Elephants Who's Who & Whereabout databases were both password-protected while the project was ongoing, to avoid any misuse of location data.

In the five years of the project we collectively identified and registered over 1,200 individual adult elephants; collected data on the size, location and composition of over 4,000 elephant groups; determined habitat use, key resources and migration routes used by individual elephants; and documented over 100 mortalities. We made these and other baseline data available to the public throughout the project and in the final report linked above. Furthermore, we focused attention on the conservancies to bolster their important work; the future of elephants and other landscape species in the Mara ecosystem depends upon their commercial success as well as the sustainable management of the Masai Mara National Reserve. 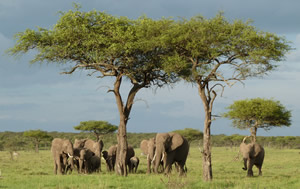