When Swimming, Bathing or during social play in deep water, using the trunk as a snorkel to breathe. Also employed by elephants who are incapacitated in water.

This behavior occurs in the following context(s): Maintenance, Social Play

We found an elephant on his side in the Rio Urema, apparently incapacitated. He was using his trunk to Snorkel. We took photographs and shot video with the Canon and the drone without disturbing him. We later found this elephant to be gm0112 with an enormously swollen left front leg - injury caused by bullet(s).

We returned to check on gm0112 and found him on the other bank trying to feed. He could barely move. After we saw him in the river rangers had come to look for him and could not find him. Eventually they found him - not sure whether in or out at that time, but at one point they used a boat to encourage him to leave the river. His front left leg was extremely swollen and it was clear to us that he could not survive.

We filmed him and recorded him - he was calling - as another wounded elephant gm0053 had also done. (Gorongosa, Mozambique)

Two males play together Submerged in a deep pool. One of them is Snorkeling. (Amboseli, Kenya) 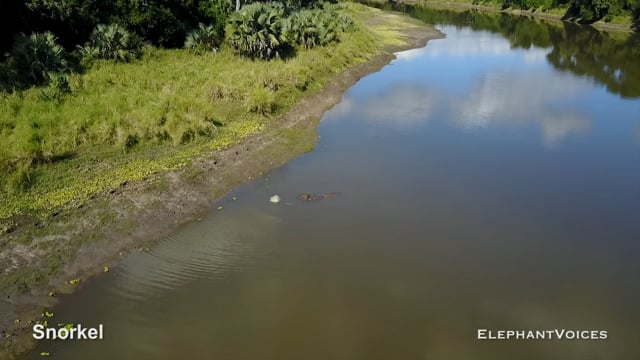 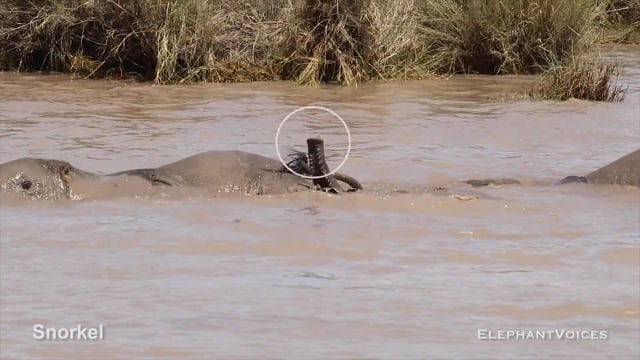