A family group is walking past the filmmakers vehicle. A calf and a juvenile are curious and reach their Trunks-Toward something of interest, which may be the vehicles' occupants. (Maasai Mara, Kenya)

As elephants walk past the filmmakers vehicle, the Trunk-Toward by two elephants indicates that they are aware of our presence outside the vehicle. We were sitting on the ground. (Maasai Mara, Kenya)

f0256 reaches her Trunk-Toward the filmmakers and then comes up close and studies them with her eyes open. (Maasai Mara, Kenya)

A medium sized male is interested in us or what is in our car and reaches his Trunk-Toward us. (Amboseli, Kenya)

A young male walks out onto the plains alone (with giraffes behind him) sniffing toward something. He reaches his Trunk-Toward something of interest and then turns around and walks back where he came from. (Amboseli, Kenya) 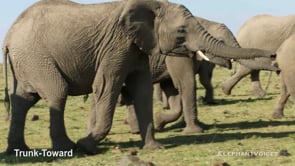 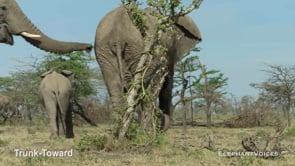 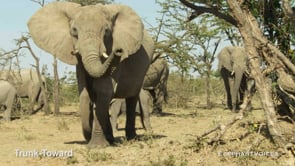 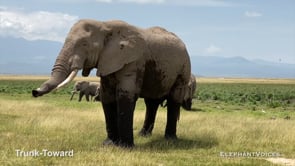 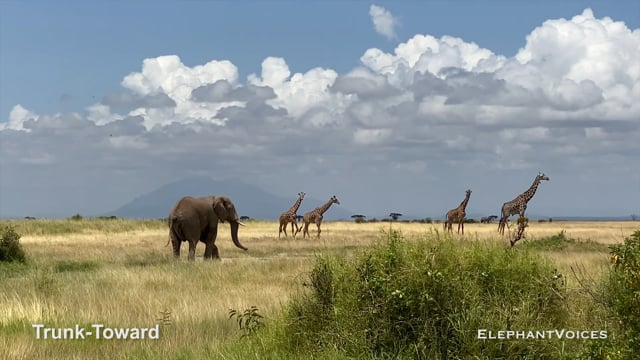