Upendo with a Periscope-Trunk sniffs toward Pascal and estrous female Qadija. (Amboseli, Kenya) 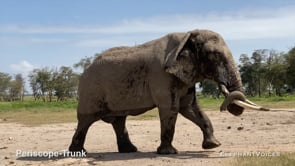 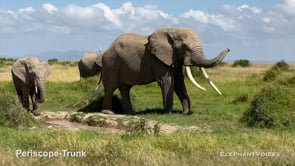