Two juvenile males are Sparring. One is bigger than the other. They take a couple of Lunges at one another. A young female decides that they are being too rough - or perhaps the older male is not part of the family - or perhaps she wants to play - in any case she intervenes. She Orient-Toward them and Head-Shake and then Look-At the older one while Trunk-Sucking. Then she Advance-Toward them and the older male Backs-Away. (Gorongosai, Mozambique) 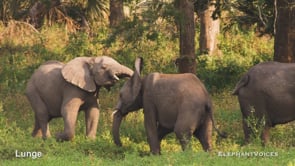 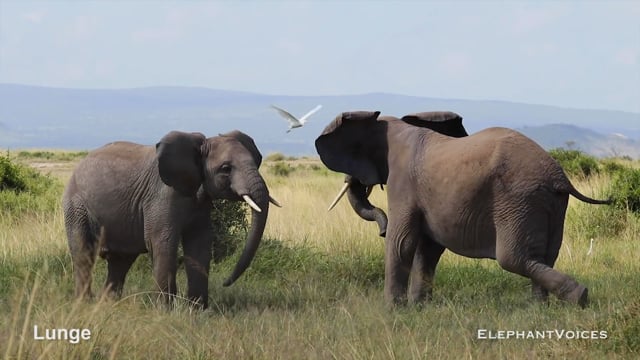