Purposeful, directed walking with hostile intent toward another elephant(s), or toward a perceived non-elephant threat, that typically results in sumissive or avoidance behavior or counter threat. The term includes an Advance-Toward of a single step to a persistent, prolonged and highly aggressive pursuit at a fast walk. The latter often follows an Escalated-Contest when one male has signalled defeat by fleeing.

Adult male, gm0040, Aloisio, Advances-Toward our vehicle. He is coming to investigate us in a mildly threatening manner. He reaches his Trunk-Toward us sniffing, and Stands-Tall while Ear-Spreading. (Gorongosa, Mozambique)

Adult male, gm0040, Aloisio, has climbed up a bank to Attain-Higher-Ground from where he threatens us Standing-Tall , Ear-Spreading. He Advance-Toward us in a kind of lunging movement, and does a Head-Dip and then he stands Monitoring us. (Gorongosa, Mozambique)

Provocadora, gf0012, stands Contemplating us with a J-Trunk. Her calf adopts a Periscope-Trunk as she tries to Solicit-Suckling, but Provocadora has other things on her mind and begins a Purposeful-Walk Advance-Toward us as she initiates a Group-Advance. As she walks toward the vehicle the filmmakers start the car, she pauses, raises her head and continues to advance as she Ear-Slaps audibly. She pauses again and Look-Back and J-Trunk toward the others as if to see whether they are with her and she proceeds toward us with them backing her up in a Group-Advance. (Gorongosa, Mozambique) 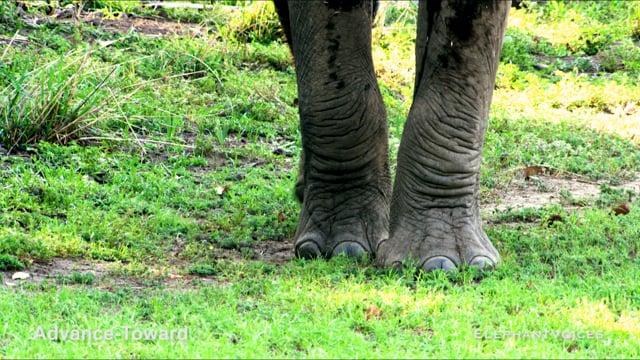 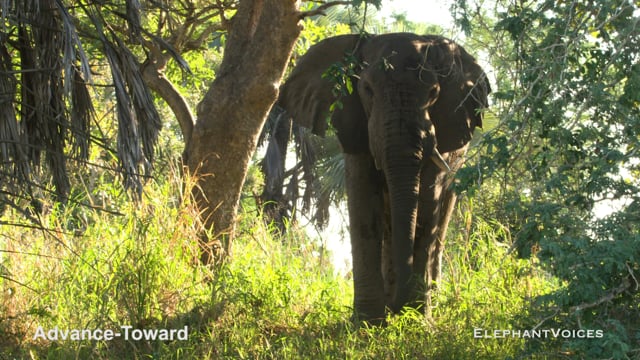 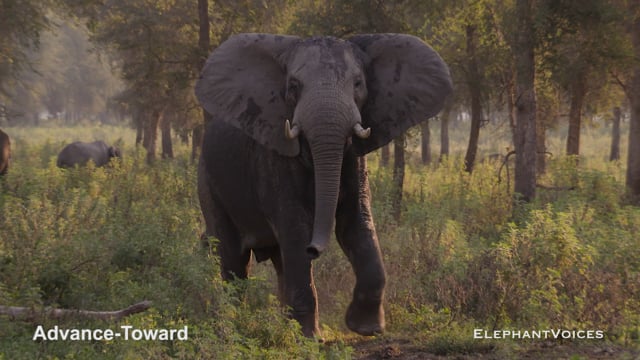 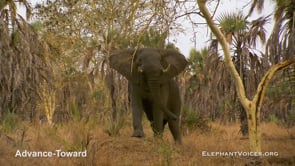 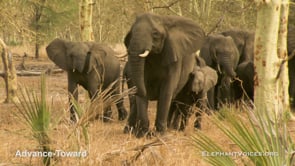