Reaching of the trunk to touch, or near touch the temporal gland of another typically in a Social Play or Affiliative context. This behavior is often observed during Sparring and following meeting/greeting of individuals. Elephants are very tactile animals with a tremendously perceptive sense of smell. More research is required to fully understand why elephants touch different parts of the faces of other elephants. 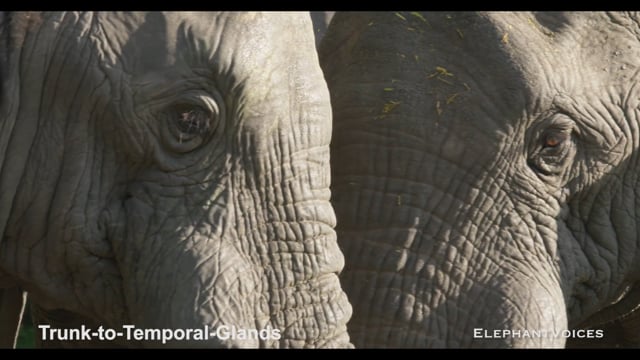