An individual adopting a position in which its weight is supported by its rump and forefeet. A sitting elephant may often raise its trunk over its head allowing it to flop back on its head in a kind of Head-Toss. It may repeat these actions several times. 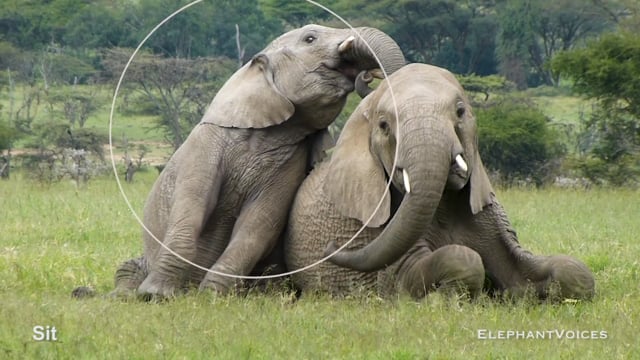