Pascal is in full musth. He has been in this water hole Listening, Drinking, Musth-Rumbling and Ear-Waving. He has just Tusk-Ground as he stands Listening, ready to get out. As he steps up out of the water hole he Musth-Rumbles, and Ear-Waves again and engages in a gentle Head-Toss. (Amboseli, Kenya) 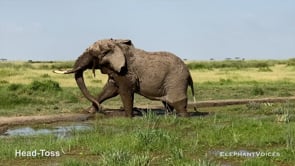 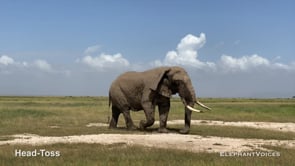